The Lincoln Center is temporarily closed in an effort to safeguard our community from the spread of COVID-19. Although our doors are closed, we are still eager to help you! Please continue to contact us at ﻿LCinfo@fcgov.com or, leave us a message at 970-221-6730. Find more information here. 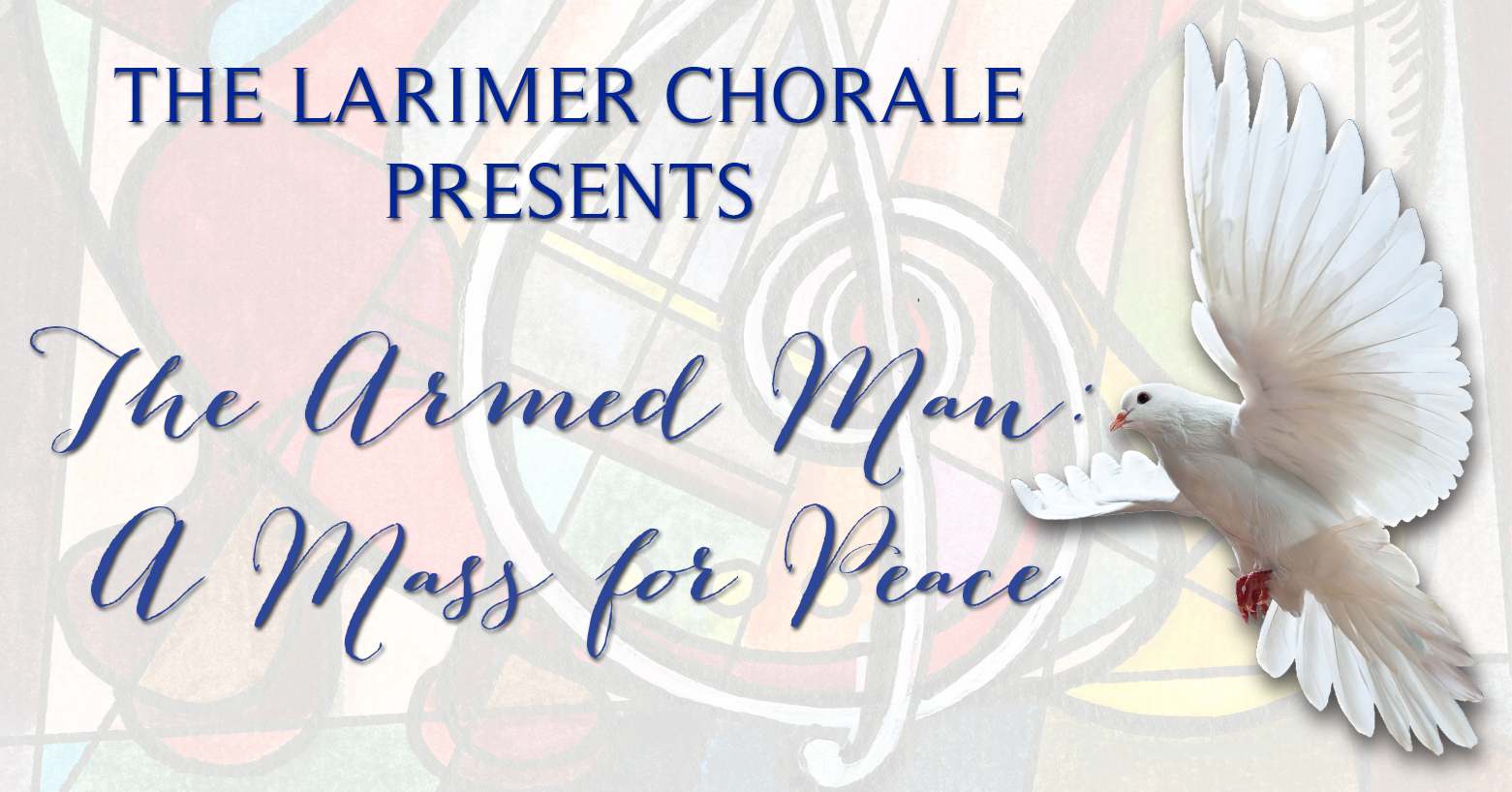 The Lincoln Center
Presented by Tom and Jean Sutherland

Back by popular demand is audience favorite Karl Jenkins’ The Armed Man: A Mass for Peace. Composed in 1999, the work uses texts from the traditional Latin mass, the Muslim call to prayer, the Psalms, and select poets to take the listener on a journey from the cacophony of war to a resounding message of hope and peace.  This time, we’ve reimagined Jenkins’ musical meditation on love, hope, and war as part of a month-long series of inter-generational, interfaith, and intercultural activities about war and peace we’re calling Peace for the Ages. Activities include a concert by the Silvertones and a performance at the Veterans Plaza of Northern Colorado.

SEASON TICKET prices will be available through the Lincoln Center Box Office @ 970.221.6730.