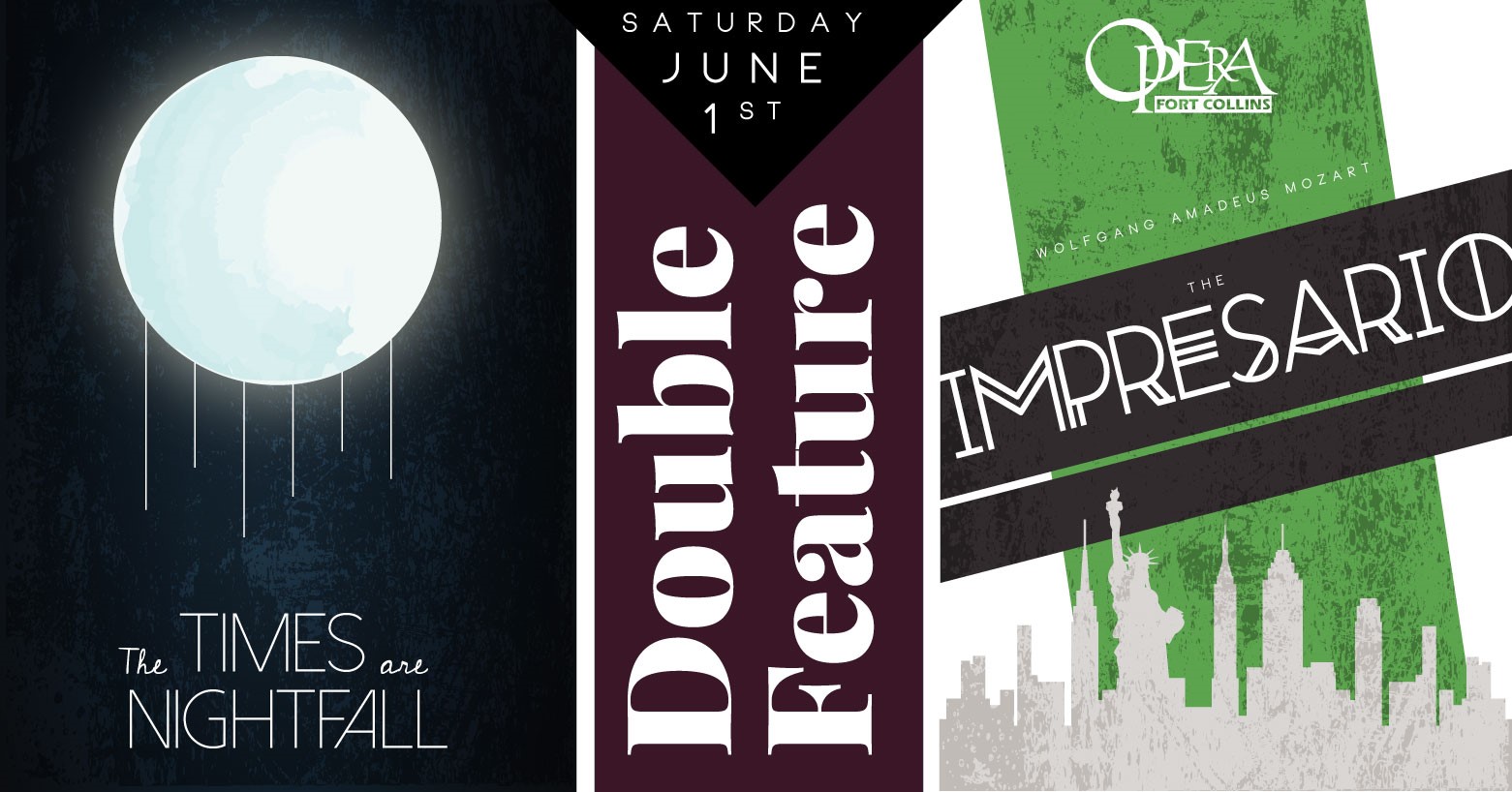 The Impresario / The Times are Nightfall

Please join Opera Fort Collins as they present their Season 39 "Mainly Mozart" festival offerings. The Impresario was written by Mozart as an entry in a royal court competition against his rival Salieri.  Mozart described it as a "comedy with music".  The Times are Nightfall is a micro opera created by Ross Crean imagining Anna and Elvira's relationship picking up after Don Giovanni's death.